Picture above sourced from: huffingtonpost.kr

For the last few months, if you’re an avid user of Twitter, you might have seen hashtags such as #Lezhin_Out, #Lezhin_Blacklist and #sue_me_too among Korean users floating around. So just what exactly is Lezhin and what’s going on that has set the Korean manhwa community abuzz?

Lezhin Comics is a Korean webtoon/webcomic company that aims to bring exclusive quality content to mature audiences by acting as a platform for top authors, which has since expanded to include the Japanese and English market. Lezhin is mostly known for its Boys Love (yaoi) content, but also welcomes work from all other genres such as girls love (yuri), mature content and even action. Every year, the website also hosts the Lezhin Comics World Comic Contest where the top three winners stand the chance to win cash prizes, a painting software as well as the opportunity to be published with Lezhin. 2018 marks the 4th Lezhin Comics World Comic Contest in which the date is yet to be announced.

However, Lezhin has been under fire recently from the public, content creators, and has even been condemned by various Korean artist associations such as the Game Developers Guild, Cartoonist Association, and SF Writers Association for mistreatment of authors, unfair overseas sales distribution, the minimum guarantee policy and so on. In the authors’ eyes, Lezhin posed as a creator-friendly platform, but the system instilled within the company was terrible and gave the opportunity to gaslight authors instead. While there are a lot of incidences, let’s focus on the major issues while looking at the accounts of:

How It All Began:

1. Lezhin didn’t pay their authors for the content received

In a typical author-platform agreement, the webtoon platform must pay a manuscript/contribution fee to the author upon submission of the manuscript whereas in the Minimum Guaranteem system forcefully implemented by Lezhin in 2015, the platform receives the manuscript but does not pay the author for the content received. Instead, the author will be paid the income received from the manuscript divided at a constant rate with the platform which in Lezhin’s case, is 70% to the platform and only 30% to the author. Though the minimum wage promised (which is 2 million KRW per month) to the author may seem like it is minimizing the risk for both parties, is that actually so?

Since the contribution fee is not paid to the author, the author’s risk becomes higher while the risk for the platform becomes lower, especially if you consider the distribution ratio of 70:30. Also, if your work fails to generate a profit of more than 2 million KRW per month, you will not be given any profit at all, whereas Lezhin walks away with the entire sum even though it is your content that is generating the profit. Does this seem fair to you? Refer to the pictures below for more details and if you’d like to read on the MG policy specifically in more depth, click here.

2. Lezhin closed their Web-Novel service without alerting their writers

On late August 2017, Lezhin Comics Korea abruptly announced the closure of their web-novel service to their writers just two weeks before the actual termination date. Despite the fact that Lezhin held a BL only web-novel contest (as shown in the picture below) to recruit new authors, but in just two months, closed their service and fired the writers without proper notice and citing reasons that the service wasn’t making enough profit.

This irresponsibility from Lezhin angered both platform users and authors who then requested for proper announcements to be made regarding the service termination, and an extension of the remaining service. This resulted in the company delaying the termination date from 2 weeks to a month – thus ending on September 2017.

On September 2017,  Gray(회색), the author of 월한강천록 announced the end of her contract with Lezhin after four years. During her time in Lezhin, her work ‘월한강천록’ was one of the top-selling titles for a long time. In her announcement, one of the deciding factors that made her decide to quit the company was regarding her health condition and the company’s mistreatment.

In earlier days, despite reporting her cancer diagnosis to the company, she was forced to work on her webtoon series. Instead of allowing Gray to rest, her editor even commented by saying something along the lines of, ‘Your thyroid tumor is mostly benign, I have one too, and it’s bigger than yours. You’ve already taken a lot of rest’, as Gray had taken a lot of breaks due to her poor health. Being forced to work on her series for two months without breaks until her next hospital visit made it difficult for Gray to focus on her medical treatment.

On December 2017, Gray released another blog post and made a public disclosure on her social media about the company not paying her share of the profits from the Chinese service for two years, which is apparently the real reason why Gray ended her contract with Lezhin. According to Gray, she wasn’t properly notified when Chinese publication of her comics had ended, wasn’t told how much she was supposed to receive, and her earnings from the overseas sales wasn’t paid to her since the first payment in 2015.

Initially, Lezhin made excuses saying that they don’t have proper records as the main person had left, and that the Chinese division did not pay or give Lezhin the exact number of sales. To confirm on this, Gray even contacted the Chinese company who stated they had done their due diligence as Lezhin would not have continued to contract with that if they did not do so. 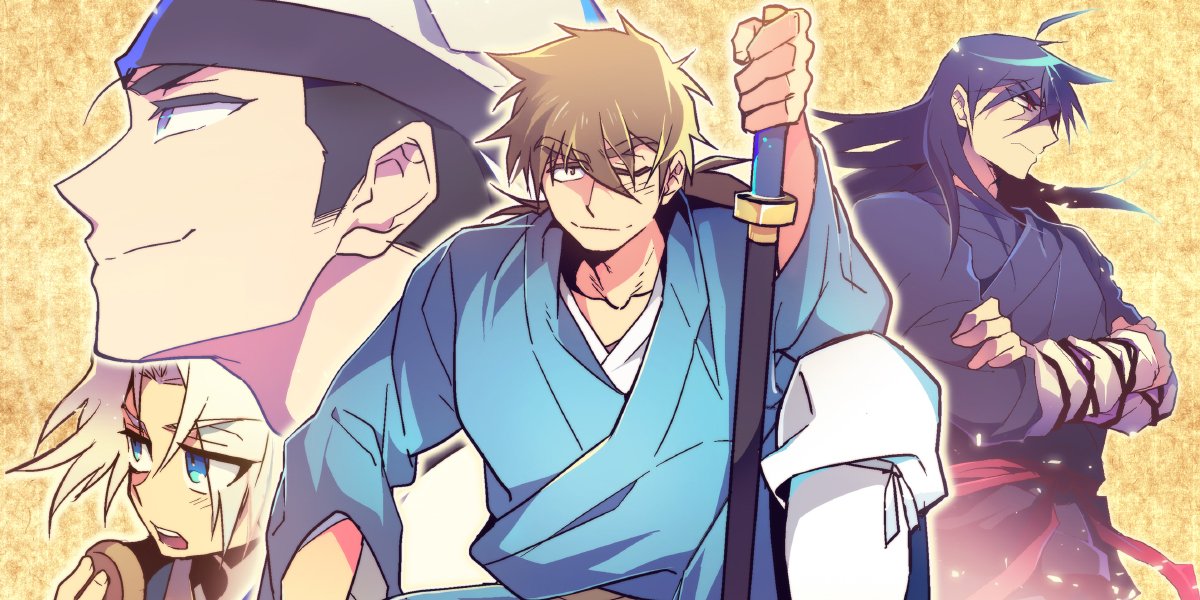 As she wasn’t the only person who hadn’t gotten paid for a long period of time, Gray had strongly demanded Lezhin Comics to properly distribute the unpaid profits to the artists (more than 10 others were also affected). However, all her demands went unanswered until this issue garnered a lot of attention on SNS, whereby Lezhin finally distributed the profits. It was right after that when inappropriate rumors about Gray were being spread, calling her a ‘liar’ throughout the Korean comics industry.

Following this, a petition asking the Blue House (Korean White House) was created to open a tax evasion investigation on Lezhin – other than the issues of late fees, unfair distribution of sales, blacklisting, etc, Gray’s and the other authors’ accounts shed doubts on the transparency of the company’s operations on overseas publications and possible tax evasions.

Following Gray’s public disclosure regarding her mistreatment by Lezhin, more and more authors have started to speak up and an issue that has been gaining attention is the late penalty fee. This ‘Late Penalty’ is charged if the artists and authors were late in handing in their manuscript by more than 2 days from the due date, with the company taking away up to 9% of the author’s monthly income.

According to the Korean Webtoon Authors Association on September 2017, the problems that arise with this late penalty include: 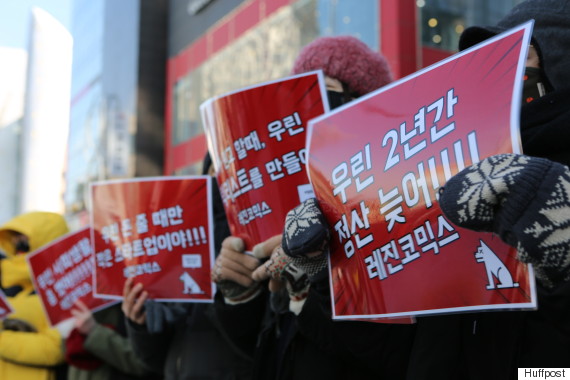 On December 2017, an article regarding Lezhin Comic’ ‘blacklist’ was published for the first time which reported that EunSong and Michii (artists contracted by Lezhin) who had spoken up against unjust treatment for better welfare were listed. Even though both works were top sellers in Lezhin, promotion and exposure are important factors in income and ‘when included in a promotional event, profit jumps from at least 5-6 times to over 10 times’. Due to their works’ exclusion from advertisements and promotional events, blacklisted artists have to go through enormous economic losses, with Michii losing at least $9,100 from the unfair contract which Lezhin told her to think as a donation for the company.

As for EunSong, Reversi was always within top 10~20 in all-age webtoons during the first season and maintained 1st place in the science-fiction genre for over a year. However, since her writing regarding the improvement of Webtoon writer’s labor conditions on social media, from roughly May until December 2017, Reversi was not once included in any promotional events nor was it on the Featured page or genre recommendations. Even when Season 2 started after a 3-month hiatus in July, no such announcement was made.

Not only that, EunSong had to work on her series without an assigned editor after being told by her previous editor that, ‘No editor here in Lezhin Comics wants to work with you’. Since then, many artists, authors, and platform users have boycotted the platform with several artists in Lezhin declaring an indefinite hiatus on their works.

While Lezhin has denied the existence of the blacklist in the beginning, SBS released an exclusive report on January 2018 alongside with public evidence of a leaked internal email which referred to the authors above and their works to be excluded from the main page and any promotional works.

Furthermore, even though there are writers not listed in this blacklist, they experienced similar disadvantages for no clear reason especially if their work was extremely popular. For example, Lee Aru’s work, ‘Window to Window’ during its serialization was one of the top webcomics in its overall popularity and had sales of tens of million wons.

Once it ended, she got an offer from another company and she wanted to reuse the characters from the published work in Lezhin Comics. Upon checking her contract and confirming again and again with her editor and the relevant department, they mentioned that it was fine as long as the title and contents were different. However, once the new work was published, Lee Aru was contacted by the editor who stated that she had violated their contract, which she then refuted that there is no such clause in her contract.

The next day, her work was moved from ‘Ongoing’ to ‘Completed’ even though usually popular works remain in the ‘ongoing’ section for about a year after its completion. Her works wasn’t even included in the bestseller or recommendation list as well as promotional events.

6. Lezhin terminated contracts without any notice

On January 2018, Lezhin announced its termination of contract with EunSong and Michii, notifying readers that their works will became unavailable on the platform after 6th February, though purchased works will remain available. Both authors were not informed, and were made aware through the media.

During the Forum for Fair Webtoon Ecosystem Formation, reporters were sent a short news release that that Lezhin will be starting legal action against two authors who spread false rumors, claiming that both artists are the ones to be held responsible for compensation for damage, including refunds. EunSong and Michii also received contents-certified mail notifying them that if they do not apologize and delete their social media, service for their works will be terminated and all possible civil/criminal legal action will be taken.

A protest against Lezhin’s legal action against the blacklisted authors was held on 6th February in front of the Lezhin office. 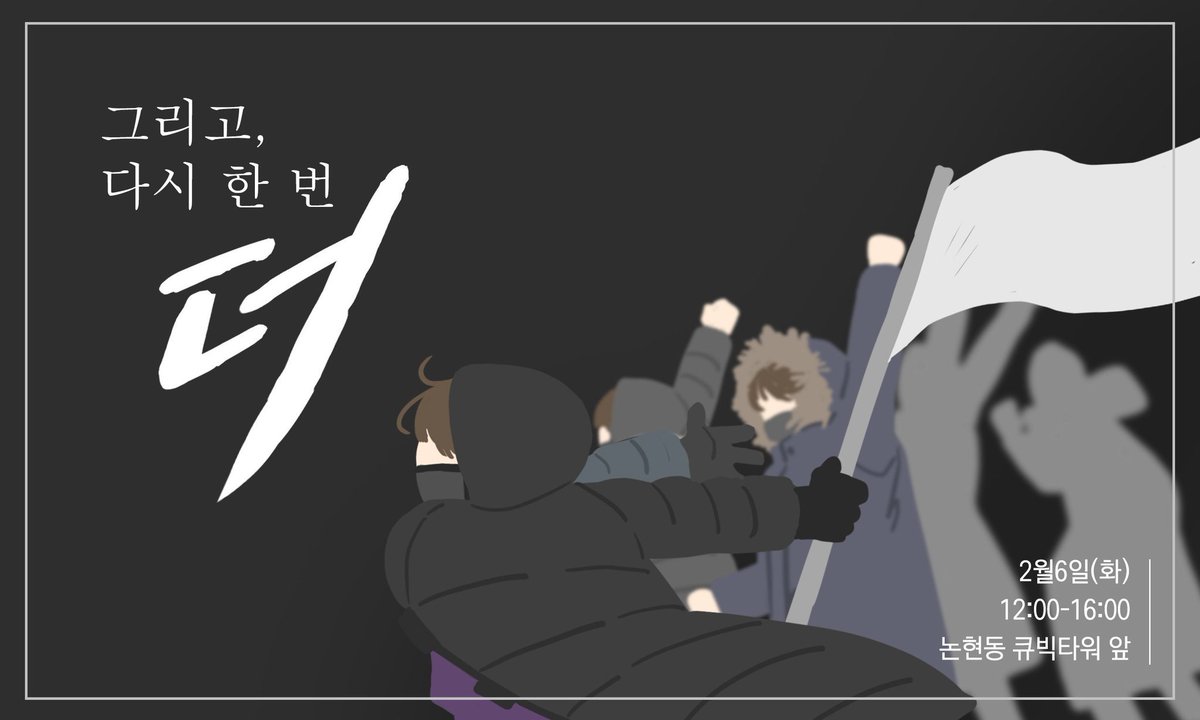 A new petition from the authors to the Blue House has started again, this time requesting the Fair Trade Commission to investigate the issues concerning Lezhin. If you’d like to support the authors, follow these steps:-

An official Korean website has just been launched: https://www.legyuyeon.com

This tweet is a brief Korean posting about what Eunsong and Michii have been through. By accessing the page you can download two free collabrative illustrations of Eunsong and Michii. Please check the tweet below for the simple explanation in English. Thank you! https://t.co/Ner7wSlbkB

With that, here’s a summary of what happened with Lezhin for the past few months! Please support the authors and if you’d like to read the entire story, read a rough, but more detailed translation of the events here.

Her holy trinity consists of K-pop, good food, and *cough* the BL genre. You can typically find her burrito-ing in her natural habitat.

Communities Of Gamers Come Together For The FIRST Ctrl+Alt Gaming 2018!