Amnesia – not to be mistaken with Amnesia: The Dark Descent – is a visual novel with dating simulator elements made by Idea Factory. As the title implies, you will be playing as the main female character who has amnesia due to unforeseen circumstances and must regain them with the help of a fairy named Orion which only you, the main female, character can see and interact with. You must act as natural as possible to not let the people around you realize that you have amnesia.

As you start the game, you will have to choose 1 out of 4 routes to play – Heart, Diamond, Spade and Clover – each featuring different parallel worlds with the same recurring characters but different storylines. Upon clearing all 4 routes, a special route or the true route will open – the Joker Route. Now, let’s take a brief look at all five routes! 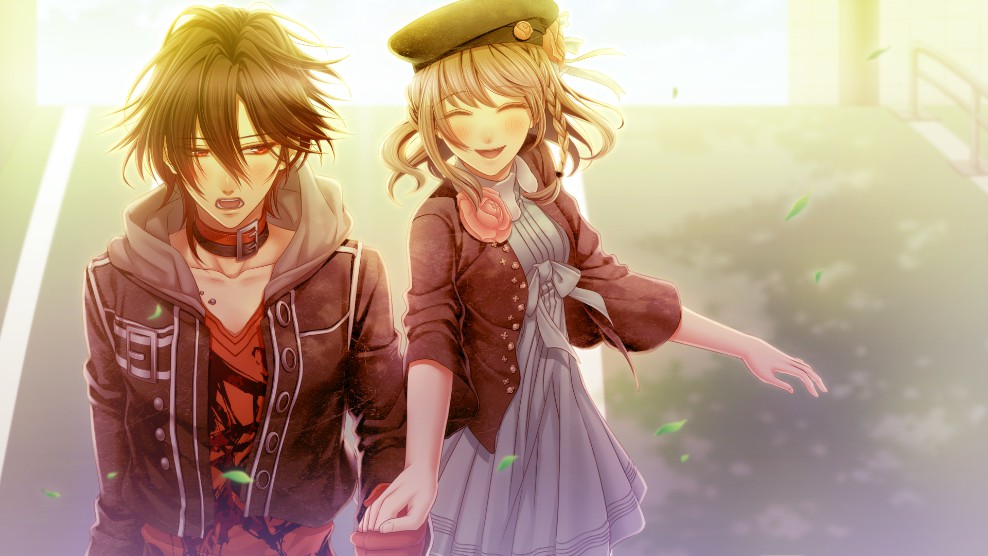 His story has attempted murder mystery and suspense elements in it, so mystery fans rejoice! Shin is your junior turned boyfriend who was also your childhood friend. He has quite a cold and distant personality due to his upbringing but behind his outer facade, hides a sweet compassionate soul that will always put you first and treat you right despite his teasing and tendencies to call you ‘baka’.

He is actually quite the tsundere but he always tries his best to be very affectionate with you by surprising you with sudden kisses and intimate moments. He can be quite rough in showing his love sometimes but seeing him blush over a small thing like holding hands will make you squeal at his cuteness.

If you would like to experience a protective, obsessive and handsome childhood yandere guy, then this is the route for you! I can’t explain much without spoiling the storyline for him, but he is rated the No. 1 favourite character in a poll done by Otomate Amnesia. His Bad End is also a must-get because it is an iconic scene in the Amnesia franchise. One thing for sure is that he truly brings out a new meaning to the line, “People do crazy things when they are in love.” 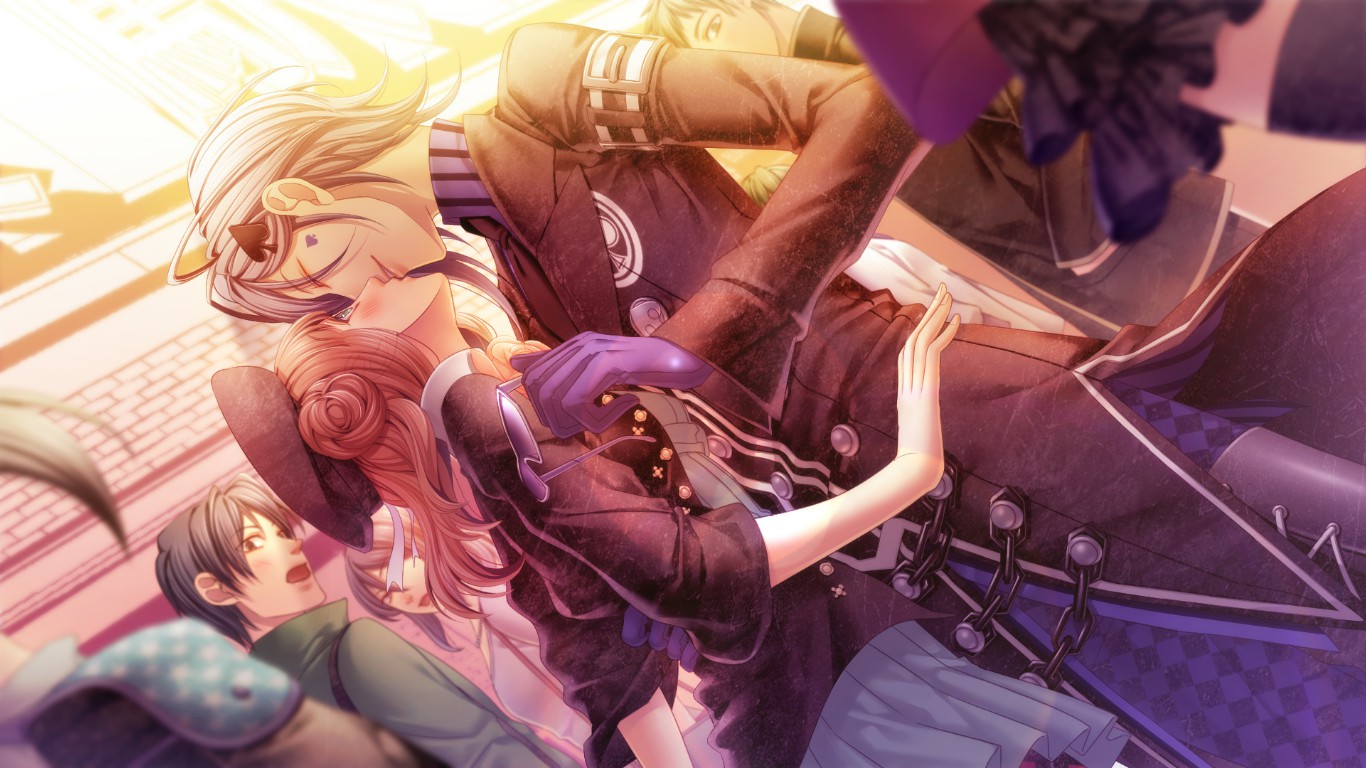 Ikki is your typical ikemen guy. He makes girls fall in love with him magically when they look him in the eye due to his eye possessing magical powers that he received through a wish as a child, although he regrets it now as an adult. He can have all the girls he wants but for some reason, he only wants you!

However, due to his popularity, he has his own fan club which gets jealous very quickly and will literally kill you to get Ikki-sama’s attention. He tries his very best to protect you from his rabid fangirls, so there are moments where he ignores you for your own good. He loves you a lot and is willing to go through awkward and troublesome situations just to ensure you are safe. If you want to hear sweet nothings whispered into your ears, Ikki would be the closest to your type His route is slightly plain compared to the rest, but his route is more of a slow-going relationship with a lot of fluff moments. He expresses his affections very awkwardly but still sweet. All in all, his route is mostly filled with cute moments. You do need to solve some math questions, but they can be easily solved through the power of walkthroughs! 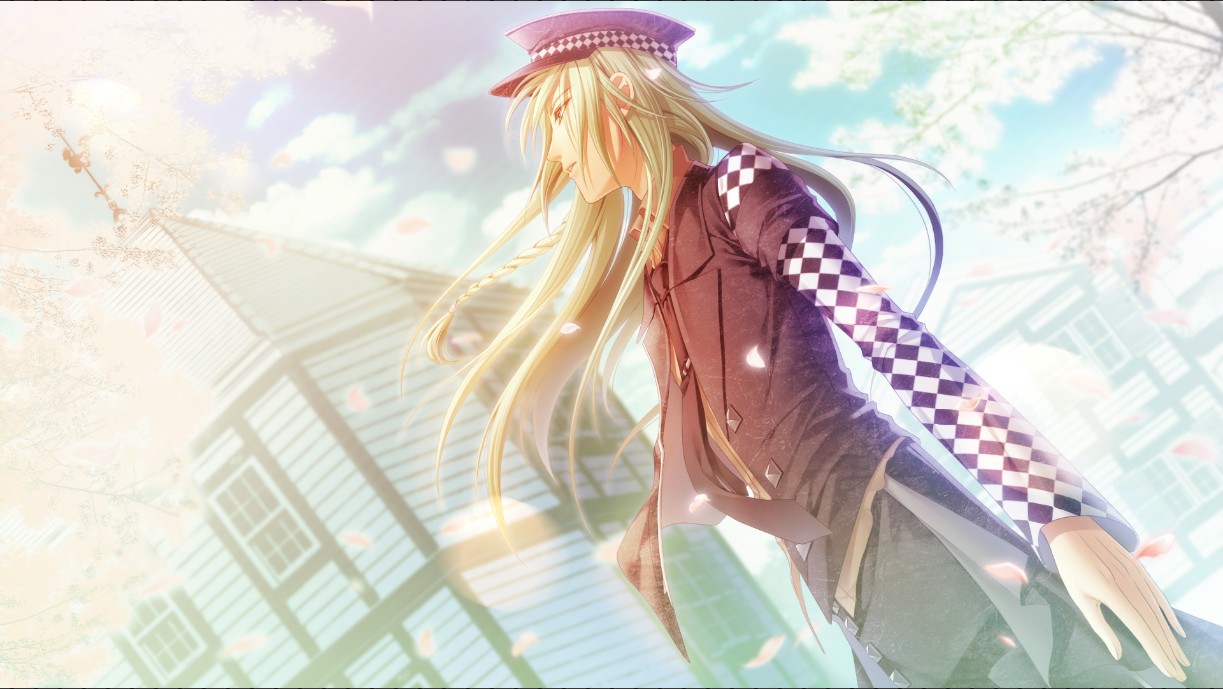 Finally, the route that you obtain after completing the previous four routes is also known as the canon route. In his route, you would be able to find out everything and the lore behind this whole amnesia incident. The existence of Orion as well as his existence in the other routes will be thoroughly explained here.  Every choice you make is crucial to ensure you don’t end up in one of the seven bad endings. You heard me right, SEVEN bad endings. Like Toma’s route, I highly recommend playing all his bad endings as well to grasp his personality and make the true ending at the end sweeter and more satisfying.

Besides the great voice acting cast, the soundtrack is beautiful and yet creepy when it needs to be. The CG and art style in this game were pretty but the background is slightly lacking in colour and detail. The movement animation and overall game system layout was very smooth and easy to navigate. Plot wise, it does lack pure romance elements but that is what makes it unique. They aren’t fast-escalating, so you’ll get to see how their love developed with the amnesia and then regaining your memories after that.

The cast isn’t perfect but they are the types that you would love for their flaws, empathize with them, and then ultimately love them as a whole. Personally, I enjoyed Ukyo’s route the most as he made me laugh, cry and freak out whenever I hit a bad ending. His route also ties up all the loose ends of the other 4 routes giving us players a bigger picture on what is happening in this world of Amnesia. That bigger picture is what makes you fascinated with the world.

However, there are a few criticisms against the game. For example, throughout the game you might think that the main character’s face looks like an expressionless dead fish but the rationale behind it is that she has literally zero memories; not even her basic information like her name, age and birth date. She doesn’t remember what kind of person she was and doesn’t know who and what kind of connection she had with her acclaimed friends and boyfriends. So, I wouldn’t really hold it against her.

Also, if you have watched the anime adaption for this and are reluctant to play this otome game because of the anime quality, you’re making a mistake! The anime does no justice to the game as the strong points of each game is condensed and skipped so badly that you wouldn’t be able to build strong connections with each character.

Do not fret if you think this is the end of the Amnesia franchise, there are a total of 3 games that brings the story forward and plenty of drama CDs to satisfy yourself once you enter deeper into the fandom.