If watching anime can move you to tears, you should definitely give these Japanese movies a shot! These movies have great plot build-up, brilliant actors, and amazing soundtracks that will set the mood for some heart-wrenching moments. Beware of those onion-cutting ninjas, because they are sure to appear before your eyes! Without further ado, let’s get into our 5 must-watch Japanese tearjerker movies: 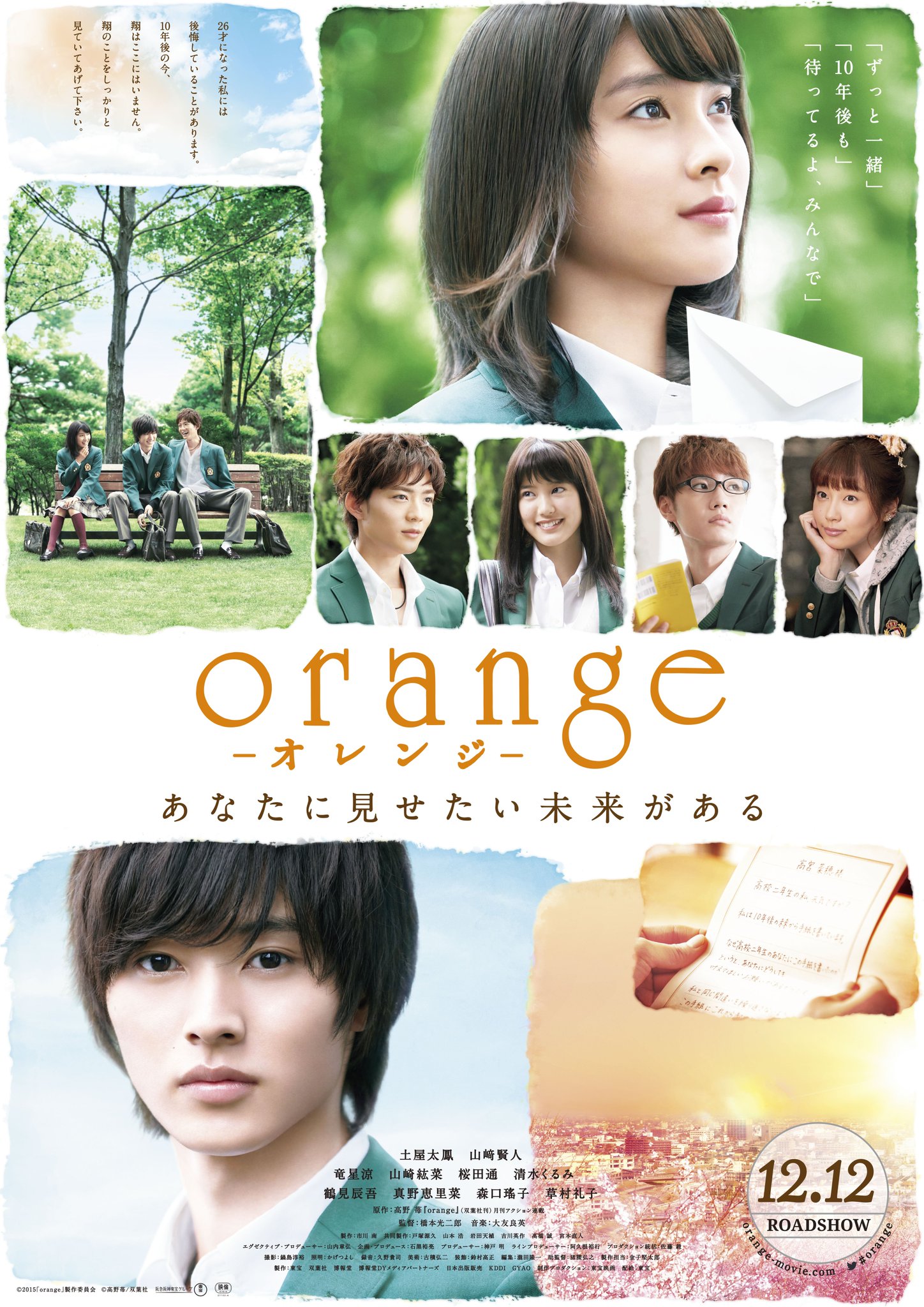 We all have that one friend who is secretly struggling inside but still smiles as if nothing is wrong, and perhaps we won’t notice until it’s too late. As time passes and guilt consumes you, you would wish that you could turn back time or at least tell your younger self what you could have done better. Orange is exactly that. Naho receives a letter written to herself from 10 years in the future and the letter recites the exact events of her days, especially on the fated day when a new student transfers into her class.

Even though it is a live action version of the anime Orange, it adds a few spins to the original plot that will surely touch your heart. Check out the trailer of Orange here:

”True love does not exist.”

This is what we normally hear or go through in our real-life relationships. However, Hisashi and Mai broke that saying by showing the world that true love does exist. This movie is based on a real-life couple in Japan who showed that through pure love and perseverance, 8 years isn’t a long wait. Hisashi and Mai were set to have their wedding ceremony in three months, but Mai suddenly fell ill and lapsed into a coma.

Hisashi did not give up on his fiancee and prayed for her recovery. He kept renewing his wedding ceremony booking as he believed that his fiancee would wake up, and he did not want to break his promise to her. However, when Mai did wake up, she did not have any memory and her mental state is that of an infant. Despite all that, Hisashi never gave up on her. Even when her parents disagreed, even when it was tough, he never gave up.

P.S. This movie was one of the highlighted movies in the Japanese Film Festival 2018. Check out the trailer here:

P.P.S. The documentary of the original couple is also very touching but as of today, there are no English subtitles available. Check out the heartwarming documentary: 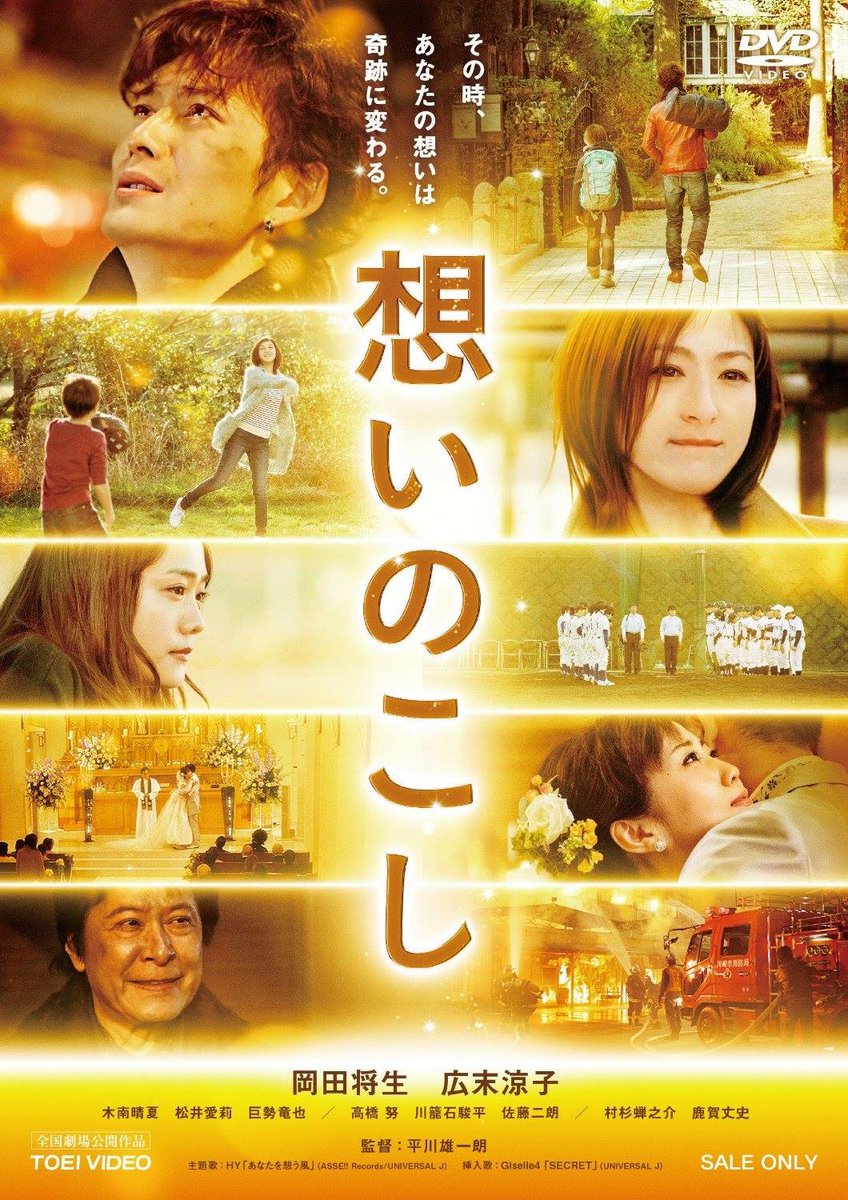 This movie shows how horrible a selfish man could be, but it also shows how people can change over time, if given the right circumstances. Gajiroo does not hide the fact that he only cares about money and the physical appearance of a girl. In fact, his greed for money has caused four innocent people to pass away in a car accident. His actions did not go unpunished, as the lingering spirits of the four who died now manifest in front of him, asking him to carry out their last wishes in exchange for a considerable sum of money they left behind.

As he carries out those last wishes, you can slowly see him changing and you may very well be reduced to tears. He helped a student convey her feelings to her crush, a soon-to-be wife convey her final thoughts to her soon-to-be husband, an ex-fireman carry out his final duty and a mother convey her words and love to the son she had to leave behind. 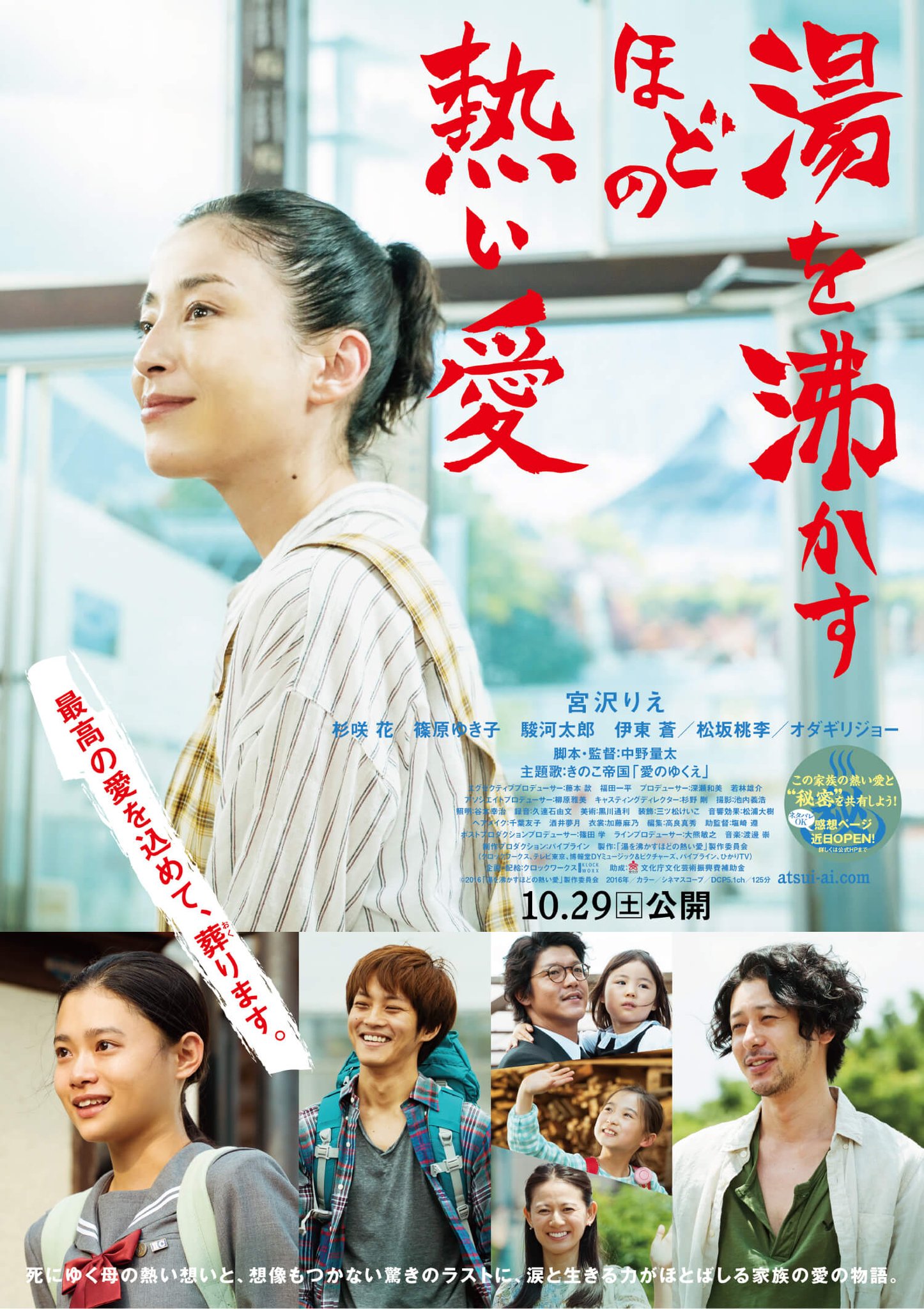 The title might seem funny at first and it will be hard trying to imagine the genre of the movie from the title itself but rest assured, this movie will take you on a roller coaster ride of feels. Futaba has only two months left to live but she did not fall into despair. As a mother, she had a few things left on her to-do list before she leaves:

1. Bring back her husband who has left home

2. Restore their family bathhouse that was on the verge of ruins

3. Make her weak and fragile daughter stand up and face her problems

Futaba puts all her love and strength into making sure everything is alright before moving on. It is a movie that shows how much a mother can give to her loved ones and how far she is willing to go for her children.

P.S. This was one of the highlighted movies in the Japanese Film Festival 2017. Check out the trailer here:

5. A Tale of Mari and Three Puppies The loyalty of a dear pet can be extraordinary, especially when they would go through lengths to warn you, protect you and save you from danger. We all know how devastating natural disasters can be as humans, but do you know how much pets may suffer when fighting to survive through calamities, just to reunite with their owners?

This movie follows Mari and her three puppies after they were left behind when an earthquake struck the area, causing widespread devastation in the northern Japan prefecture of Niigata. Watching them struggle to live and watching their children owners struggle to reunite with their lost pets would surely move you to tears before you know it.

Prepare your tissues as this is the most powerful, touching and inspirational movie I have watched to date.

Overall, these movies are great if you are in the mood to be moved, or if you simply want to feel again.

Have you watched any of them before? What other Japanese tearjerkers would you recommend apart from the ones in this list? Let me know in the comments below!

The Japanese Film Festival Is Back – For The 15th Year In A Row!

First Official Teaser Trailer Of The Much Beloved ‘The Lion King’ Is Out!