In conjunction with the 20th anniversary of the Digimon franchise, a new movie featuring the original 8 DigiDestined in their 20s will be released as celebration. It was announced at the “Digimon Kanshasai 2018 – Special Meeting in Odaiba-” at Tokyo that the anime film project would be titled “Gekijou-ban Digimon Adventure (Digimon Adventure The Movie)”. 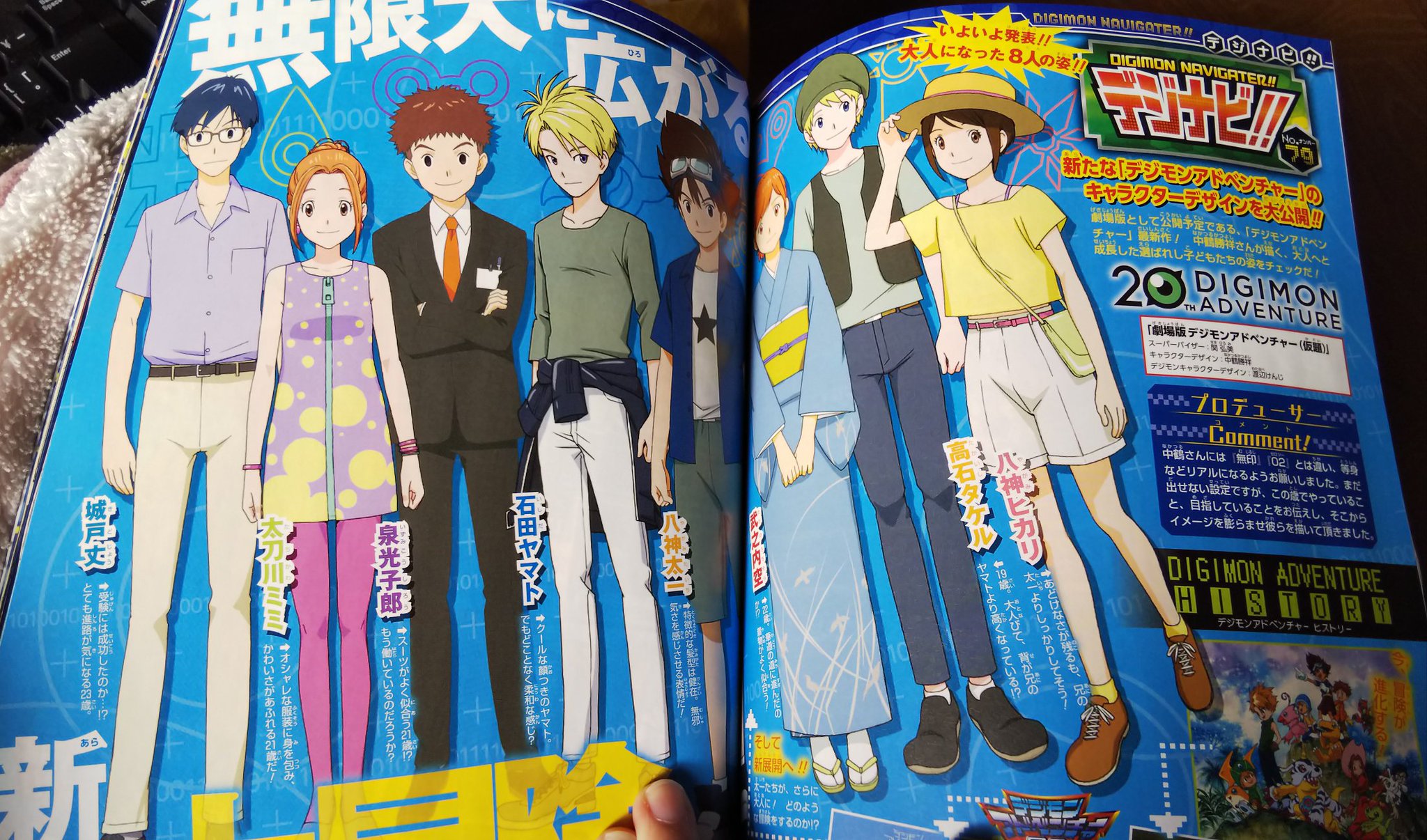 On top of the revelation of the character designs in the V Jump magazine, we also got some new details regarding what the characters may be doing as they head to adulthood along with their definitive ages. The translations from the magazine sourced from a forum called “With The Will” are as follows:

Below is another two pages of the magazine featuring Yamato and Taichi with their respective Digimon partners.

Nobita Gets Married In ‘Stand by Me Doraemon 2’ Press Reveal

Why You Should Check Out the Youtuber, Gigguk!