Unlike film and music, the games we play right now may not be the same as they were at launch, or say several months in the future, thanks to ample opportunities for patches and updates.

In Phoenix Down, we take a look at games that had rough starts and see if they’re worth revisiting today.

Diablo III. Ask those who jumped in at launch – diehard fans and curious newcomers alike – what they remember most about this game in 2012, and you’ll most likely get “Error 37”, “always-online”, “real-money auction house”, “random trash rolls”, “Saturday-morning cartoon plot”, and most notorious of all, “F**k those losers”. 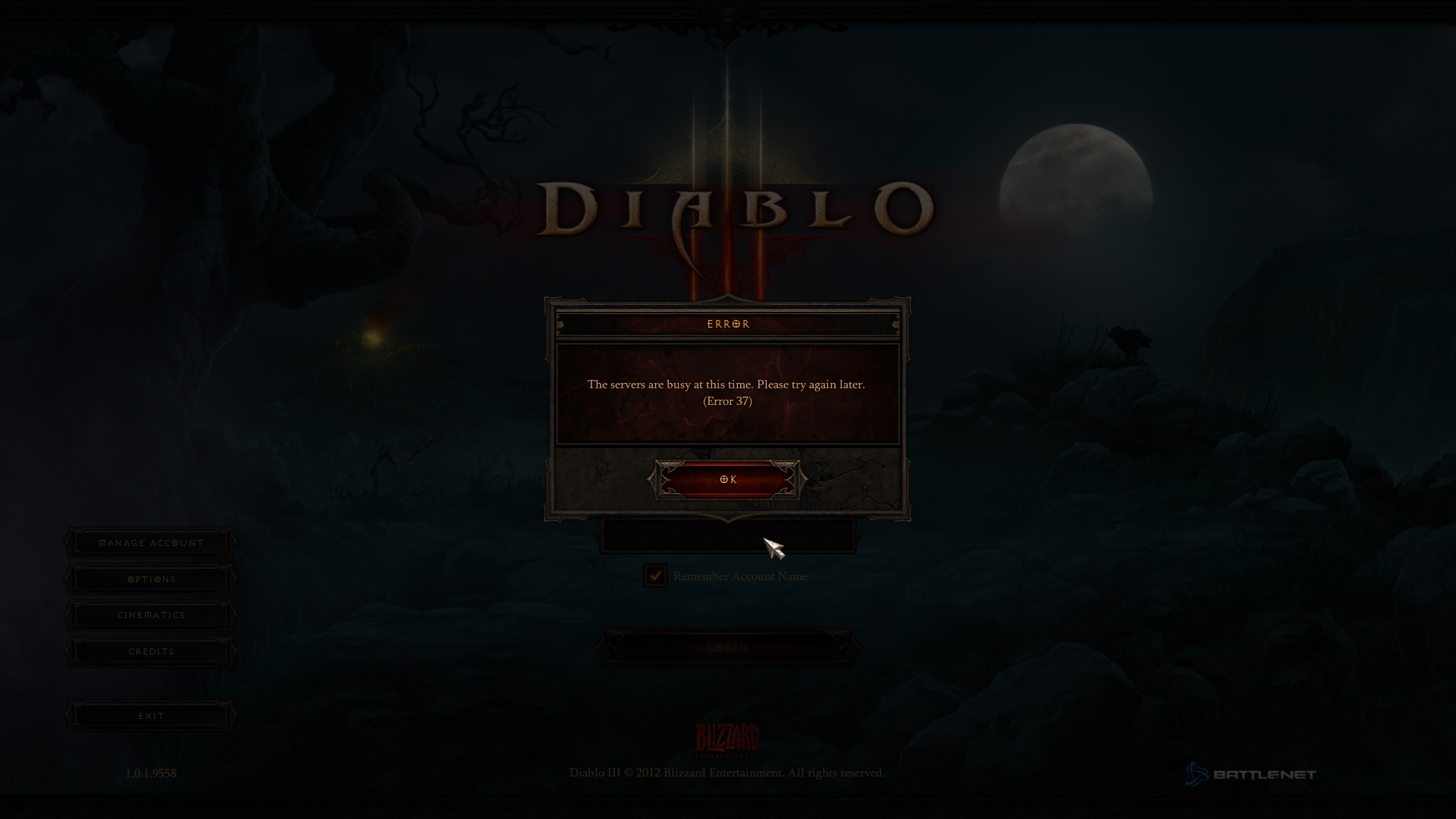 It was rough. From its drastically different art style to its half-baked core gameplay loop, basically every aspect of Diablo III (we’ll refer to it as D3 from here on) received criticism, and this was made worse by the fact that the more we played D3, the more we realised that its fundamental game philosophy was completely anchored to its Real-money Auction House (RMAH), as well as the notion that difficulty simply meant bigger numbers.

The game was simply unsatisfying to play. We never felt we’re getting stronger, there wasn’t a clear way to earn better gear, and there wasn’t much to do outside of repeating the campaign over and over and over, suffering through its cliched writing countless times just for an opaque shot at getting a piece of gear that’s just marginally better. Unless, of course, you’re willing to spend real money or exorbitant amounts of in-game gold to get drastically more powerful gear.

Despite all of that, I’d spent over 600 hours in 2012’s vanilla D3 as well as 2013’s Reaper of Souls expansion, with all characters maxed out without a dime spent in the RMAH. On one hand, something about the visual impact of our skills and how enemies die in this game, no matter how unsatisfying the grind is, clicked with me; on the other hand, it was sunk-cost fallacy with a hint of Stockholm Syndrome.

But while I, along with the majority of players, had moved on to other games over the years, Blizzard did not give up on their beloved franchise. You can read all about how Blizzard rescued the game from the dumpster fire that is vanilla D3 here.

Welcome to the House of Flying Necro-daggers

Now: Holy Crap This Game Makes Me Feel Like A God

It’s absolutely incredible, that’s what it is. Everything but the visuals and the story has been overhauled, and the first thing you’ll notice when you boot up this game now is just how much you can do in this game.

Gone are the days of aimlessly replaying the story over and over. Aside from the idiotic-but-fun campaign, you have Adventure Mode, Seasons, Hardcore Mode, Nephalem Rifts, Greater Rifts, Challenge Rifts, and Set Dungeons. 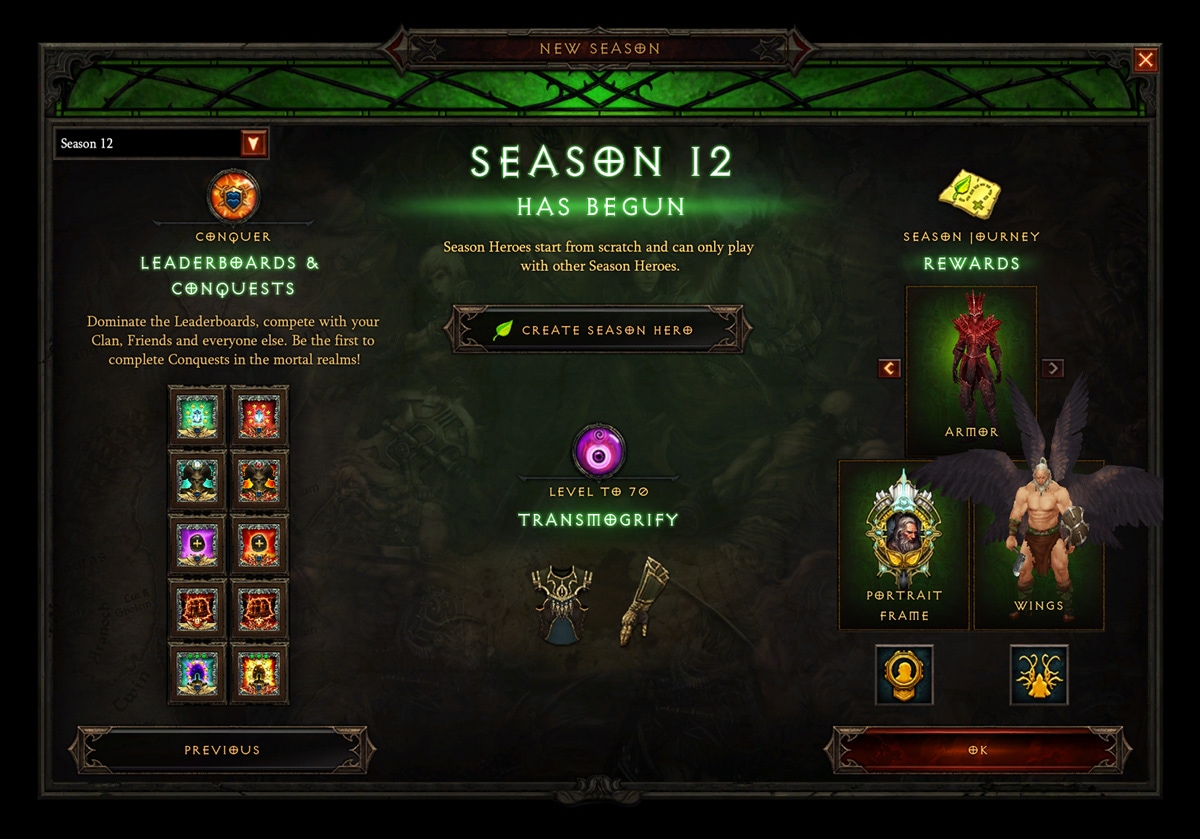 Now, in other games, there’s usually just one or two optimal activities for you to grind for the best gear, think Raids, specific dungeons and such. But in D3, every single activity is not only crazy fun to play, but will also shower you with rewards that contribute to different gameplay aspects. Here’s what you can do in D3:

In Adventure Mode, your focus is to complete bounties in any of the 5 Acts of your choice. Each Act has 5 bounties, and completing the Act’s bounties will net you an ample amount of crafting materials and Legendary equipment recipes for you to spend those ingredients on.

Seasons are 3-month events in which you start a fresh character and complete 4 “Chapters” of challenges to earn cool Season-exclusive cosmetics and more importantly, a full 6-piece Set that will give you a massive boost in strength, letting you take on tougher difficulties for even better rewards.

Nephalem Rifts are randomly-generated dungeons that have you traversing deeper and deeper, killing densely packed enemy hordes until you kill enough to summon a Rift Guardian, who has a higher Legendary drop rate and who will reward you with keys to enter Greater Rifts. In Greater Rifts, you must complete an amped-up Neplalem Rift within 15 minutes. Killing the Rift Guardian results in an explosion of rewards such as Legendary/Set gear and more importantly Legendary Gems – powerful game-chaging gems that only drop at the end of Greater Rifts – as well as 4 tokens to level-up your Legendary Gems with.

Challenge Rifts let you play as another player’s powerful maxed-out character that is selected weekly by Blizzard, and the rift is the particular Greater Rift in which that particular player had achieved in his/her fastest possible time. Beat the player’s time and boom, big fat shower of rewards.

Set Dungeons become available once you equip a full 6-piece Set, and this one’s a challenge dungeon that will test just good you are at fully synergising your gear perks with your skills.

Now, all of this would be pointless if the gear you earn is still as garbage as vanilla D3’s. But did you notice how many times the word “rewarding” in repeated this article?

Loot 2.0, termed by Blizzard, is a smart-loot system that tweaks the stats of the gear you earn to suit your class, so unlike in 2012 where you’ll get +700 Strength on a Wizard Hat, you’ll now receive stats that complement your playstyle and even perks that encourage you to try out different skills. Loot 2.0 also makes it so that you will less frequently get repeat Legendary/Set items, and virtually never get the same Legendary Gem from Greater Rifts.

Also contributing to your repertoire of skills is Kanai’s Cube, which lets you extract a Legendary perk out of a Legendary item (sacrificing it in the process), and lets you equip 3 perks at all times. So, say you have a Legendary sword that automatically zaps enemies from afar but its stats are trash, simply extract that perk, equip it, and now you have room for a better sword. It’s ludicrously powerful and I love it to bits.

If all of this sounds like the game’s difficulty is cheapened by how powerful it makes your character, don’t worry. D3’s form of power fantasy is not the kind that babies you by turning enemies into idiots who can’t even kill an ant, but instead gives you multiple clearly laid-out paths to become stronger, all of which providing you with ample opportunities to massacre the ever-living hell out of hordes upon hordes of foes. The game eschews big numbers in favour of more creative enemies, so tougher enemies come with weirder skills that will debuff you, force you to reposition and more. There are 17 difficulty levels in total, so if you’re feeling masochistic you can still jump ahead to the crazier levels.

It’s wonderful to see what used to be a boring grind-fest transform into the beast of a game we have today (Blizzard is STILL adding new content such as new zones, monsters, seasonal cosmetics, and Legendary equipment!). The new D3 is just so much fun to play – its grind is meaningful with each activity having a purpose, and the game really nails its punchy and ceaselessly delightful power fantasy, so much so that I find myself jumping back into D3 for a Greater Rift or two between all other games. If you’re looking for a satisfying looter RPG, Diablo III is truly in its prime now.

Note: I played D3 on PC at launch, and started fresh this January on PS4.

Magic The Gathering: Plus One

Honkai: Star Rail – Everything We Know So Far

E3 2018 Press Conference And What to Expect